Yes! Apple new tablet pro, deserves your attention. Since from the starting stage of the company Apple, it’s a unique product and fastest-growing product is IPAD.  From day 1 to till now, apple upgraded its technological features in Apple tablet.  That is the reason Apple grabs the world’s important place in providing the most advanced technology products.  iPod, Ipad, MAC PC are becoming with high-level upgrades ever.

Must Read: Why Google has to shut down the messaging system Allo?

Apple released its new tablet pro recently with 3d surface and advanced features faster than 80% – 90% of portable PC’S. This 12.9-inch tablet is the largest tablet than prior tabs Ipad Air, Ipad mini, released by apple.  The best technology aspect of the tab is its high-end processor.  It contains A9x chip 64-bit desktop-class architecture, which is faster than the normal PC.

This not a tablet and it is more than a tablet and PC too.  Especially the tablet gives more performance to do multitasking on creating and rendering graphics.  The graphic work needs more graphical configuration and hardware and hence apple fulfils those requirements.

Another great feature from iPad is the movie, you can create any number of videos and edit instantly with high-end apps few taps and few swipes are enough to create your favourite movie video which gives all standards of film making.  Imovie is the app released by Apple and the version imovie2.2 is yet to be released in its Apple Store.

According to the report from Apple.com, the tablet is capable of playing 4k streaming videos in iMovie without losing its agile responsiveness, everything looks awesome in 1080 viewer.

The tablet is perfect for gaming as the battery lasts for 10 hours.  it has high-resolution with Retina display and groundbreaking power, iPad Pro maintains great endurance and efficiency.  As mentioned the tablet consists A9X chip which aptly suits for all play station level games.  Ipad pro is not only a tablet.

You may be surprised that the tablet and keyboard don’t need to be connected with each other.  The smart connector is the new interface that Apple designed to provide the communication between the smart keyboard and tablet.  It is a simple yet sophisticated way.  However, the smart keyboard doesn’t include in the tablet set when buy.  You might buy it with a separate price of 162$.

The new Apple pencil for your drawings and reliable tapping

By the time the first tablet released, Steve Jobs announced that the iPad doesn’t need a pencil to tap on it as it is sophisticated and just reliable touch with your fingers.  Later on the minute touch, it needs the new apple pencil designed with new features.

The pencil gives new ways to add creativity in Notes. Use the pen option to doodle while you are in a brainstorming session. The engineering auto cad can be redesigned and built with your great taste easily with the iPad pen. Create your most important to-do lists using this pencil easily. 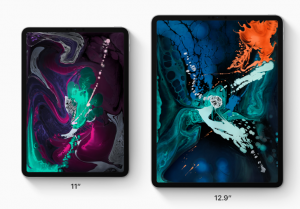 This all about apple releases the new tablet pro with high-end technical features.  Hope you had a one from Apple if don’t miss the chance to use it.  Share these reliable features from your favourite media Facebook, Twitter, Google plus.  Also, share your experience and comments below.